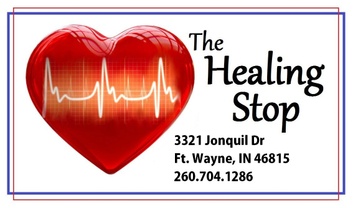 Animal fat and refined sugar create blood sugar disorders. One pound of apples contains 263 calories, whereas, one pound of candy has 1800 calories. Refined sugar in junk foods is concentrated far beyond what the human body was designed by God to ever have to process at one time. Thus, somehow the body has to deal with this incredibly large amount of sugar if it is going to survive. The body does deal with it, but in doing so, it often results in physical problems called DIABETES and HYPOGLYCEMIA.

DIABETES – The primary cause of diabetes is the fat contained in animal
products, but also, when a diabetic consumes refined sugar, the pancreas has
difficulty producing adequate insulin when the blood sugar rises. Concentrated
amounts of sugar result in a rapid rise in blood sugar. Chronic intake of sugar
eventually exhausts the pancreas as it tries to compensate. Thus, the diabetic is condemned to having to take ever-increasing amounts of insulin to compensate. Diabetes is the ‘Number Three Killer Disease,” in America, preceded only by cardiovascular related diseases and cancer.

HYPOGLYCEMIA – is the flip side of diabetes. Hypoglycemia occurs when the body still has a fairly strong pancreas. The body overreacts to a concentrated sugar intake and releases too much insulin from the pancreas. Blood sugar levels then plummet far below the normal, stable level. The suffering Hypoglycemic often experiences fatigue, headaches, mental depression, and irritability. Hypoglycemic people often deal with symptoms by taking in more refined sugar, catching them in an endless cycle that causes the pancreas to wear out from the constant over stimulation. This often results in Diabetes because now the sufferer cannot produce sufficient insulin for normal metabolic activities.